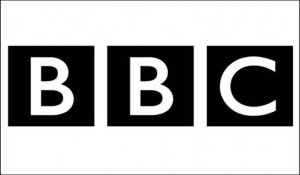 The BBC have made two rather substancial mistakes recently, however lets never forget the wonderful services they provide on an ongoing basis.

This year we witnessed the olympics with the most coverage ever with pretty much every event televised, the BBC lead the way in technological advances including On Demand and online services.

Regional, national and international services keep listeners entertained, educated and are often the only source people have to hear whats really going on, even in their own country.  National radio services include cutting edge music radio, informed, reasoned debate and minority broadcasting that’s second to none.

Some of the world’s best television drama is made for and by the BBC and they import the best of foreign drama, not always having to bow to the majority with the latest American blockbuster, they can provide excellent european programming that we’d never get to see otherwise.

Being non-commercial is what makes the Beeb great, they don’t have to fold to the majority, don’t have to show mind numbing reality shows or blast out the top five all day every day.

So they’ve made a couple of mistakes, but the unique way the BBC polices itself will see problems rectified, those responsible punished and lessons will be learned.

All for a couple of quid a week, it’s no contest really is it? Here’s to the next 90 years!